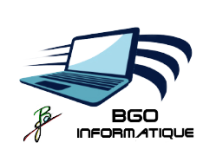 Number of files processed per participant

The first part of the survey covering the whole of France brings together a random sample of 1,066 homes in which people suffering from serious illnesses live, or around 17 studies carried out by each of the geobiologists involved. This represents 31,000 data listed here


Methodology: All the data used for this survey were collected by each of the 62 geobiologists, in their close environment or by acquaintances

Average vibratory rate of the EARTH


– (1) Vibration Rate: absolutely everything that exists, visible or invisible, is made up of energetic vibrations that can be measured. The measurement refers to the Bovis


In 1920, Mr. Bovis took his readings of the energy he controlled and expressed them in UNIT BOVIS.

For several years, the vibratory rate of the earth having increased a lot, we decided to divide by 1000 the MEASURED BOVIS UNITS and to express them in KILO / BOVIS = K / BOVIS

To any neophyte, these notions seem quite abstract. We offer you a brief approach below (for the most curious or for more information, a reference, scientific or literary name, is indicated in brackets)